Since Botox® won FDA-approval in the early 2000s, it’s led the market in botulinum injectables. But there are several excellent alternatives including Dysport® and Xeomin®. Annapolis Plastic Surgery offers all three of these options. Dysport has been growing in popularity in part because for some patients, it is a lower cost alternative with longer lasting results. It is particularly popular among men who want a very subtle and natural looking improvement.

How Does Dysport® Work?

Just like Botox Cosmetic, Dysport is an prescription injectable treatment that contains purified derivatives of botulinum toxin. When carefully injected in small doses, Dysport temporarily relaxes the muscles in the upper face to minimize wrinkles, creases and frown lines.

Numerous studies have been done to compare the benefits of Dysport and Botox and determine which is best. The overall findings are that both treatments yield similar benefits and results. Determining which is best should be decided between the individual patient and cosmetic doctor, based on the specific condition, needs and goals of that patient.

Dysport For Crow’s Feet
A study was published in 2012 in the Archives of Facial Plastic Surgery to show the findings of a split-face, double-blind comparison of Botox and Dysport in the treatment of crow’s feet. The study suggested that, Dysport delivered a greater improvement in the appearance of crow’s feet.

In the photo below, see a participant in the study who was treated with Botox Cosmetic on the right and Dysport on the left. In groups A and B, the patient is squinting and in groups C and D, the patient is at rest. The photos in each group (clockwise starting at top left) show results before treatment, after 2 days, after 4 days and after 6 days. 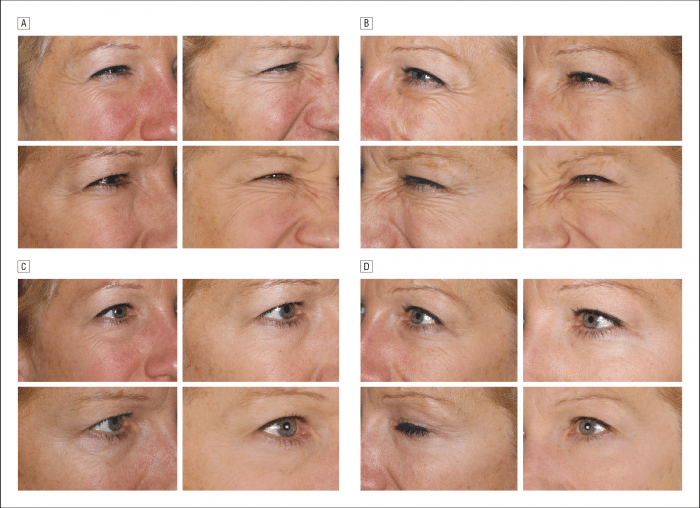